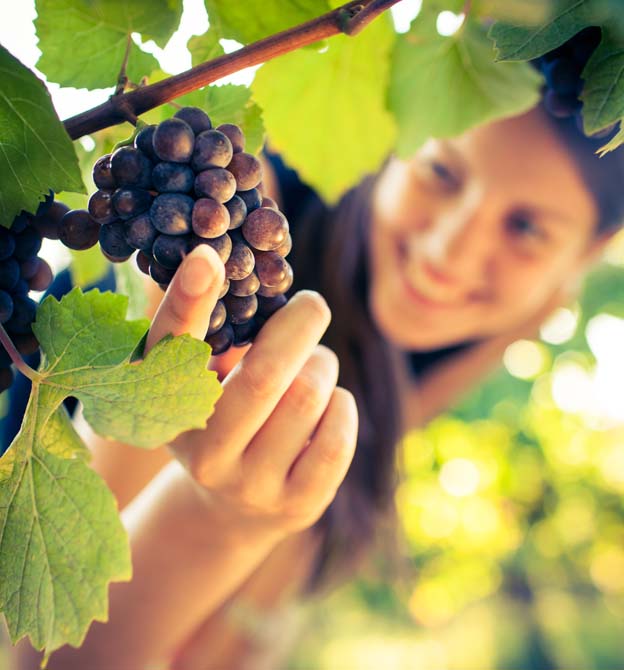 The Domaine’s first wine from 1997, the PDO Peza, is made from the red varieties of Crete, the Kotsifali and the Mantilari, from vines that are over 60 years old.

Produced from the dominant red varieties of the island, the Kotsifali and the Mantilari, and with the Peza Protected Designation of Origin. The young Kotsifali has an aroma of red fruits, especially tomato.

Whoever has found themselves in the Domaine’s winery during the harvesting season will know how intense this aroma is. With aging, the aromas become earthy and animalesque, with the aroma of tomato still dominating! The Kotsifali, which is found alone or in combination with other varieties, is considered one of the up-and-coming Greek red varieties.

The small-grape treasure of Crete, the Moschato Spinas surprises with its fine aroma and delicate taste. The Moschato Spinas is a rare native variety that has been showcased by the Domaine Paterianakis. It has a soft yellow colour with an intense varietal floral character of white flowers, soft and fresh rose petals, jasmine and violets.

Its elegant and harmonious mouthfeel, with dominant sweet notes of muscat, make it a pleasant and refreshing choice. This is a new and dynamic variety that one can truly fall in love with.